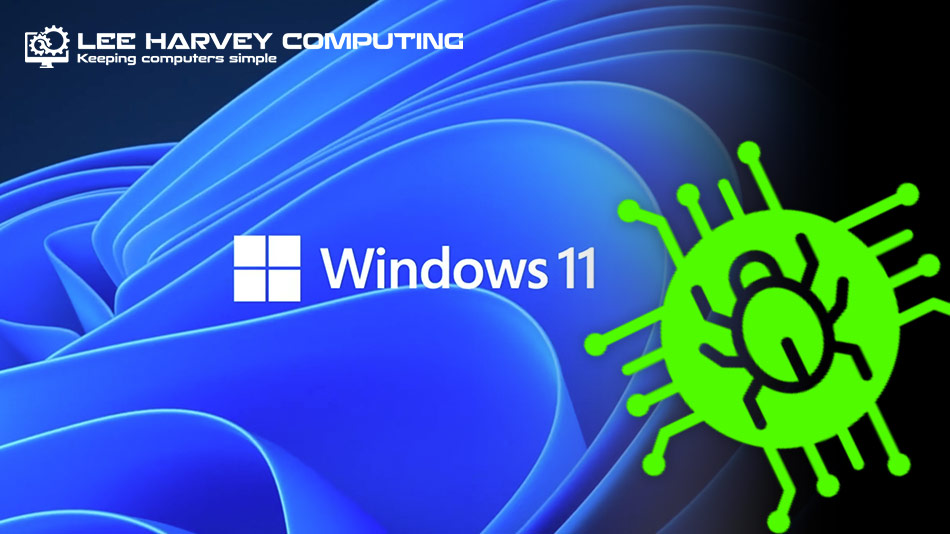 It is probably true to say that every new release of any program will have a few “bugs”. Computer programs nowadays are incredibly complex and written by fallible humans so they are almost certain to have a bug or two somewhere.

If you’re the type of person that likes to install the latest Windows OS version as soon as it’s out, you may want to think twice before you do that. Windows 11 is now officially available for download, however, many users have already complained about various technical glitches and errors affecting the smooth running of their businesses – although most are possible to fix.

That’s if you can even download it of course! Even though Windows 11 launched on October 5 2021, unless your PC meets strict Windows 11 system requirements then you may struggle to upgrade or install it at all.

If you are wanting to install Windows 11 on your device, then Lee Harvey can make sure your computer is correctly configured and running at optimum performance.

Common Windows 11 bugs to watch out for

For those choosing to move over to Windows 11, some users are finding the program to be laggy and slow.  With over 70 bug fixes listed, here is a rundown of the main ‘bugbears” to watch out for:-

That’s why we think you should talk to Lee Harvey Computing before updating your OS to the latest version. After all, you don’t want to experience BSOD errors, black screen issues, or internet connectivity problems from Day One, do you?

What other problems might I encounter when changing to Windows 11?

If you want to be an early adopter, then the unfortunate reality of any new operating system is that there are likely to be a number of issues that get discovered along the way.

Other problems that have been reported since the launch of Windows 11 are:

There are too many apps to list in this article, but what is important to note is that all of these Windows 11 software and interface issues can be fixed by a computer professional, and here at Lee Harvey Computing we are more than happy to help.

Is it possible to fix these bugs in Windows 11?

Microsoft is usually quick to offer solutions to their programs to resolve any issues. Sometimes this is done by issuing an update that has to be downloaded, sometimes the update downloads automatically but some fixes involve installing new drivers, altering the configuration of the computer etc.

Lee Harvey Computing can ensure that any updates or changes to configuration are done right first time, every time, in order to keep your business up and running.

Will my computer run Windows 11?

It is possible to run a Health Check app to make sure your computer is compatible with Windows 11. Occasionally you may find that you can’t download Windows 11. It may mean that your computer is not suited for this software or it could just be that the demand on Microsoft’s servers is too high and this can cause download and install errors.

At Lee Harvey Computing we can ensure a pain-free transition if you do decide to switch to Windows 11.

So, should I install Windows 11?

If you’re looking at this from a long-term perspective, then yes, you should upgrade to Windows 11 since it is the future of Windows and despite the initial bugs this program is truly impressive. Plus, the upgrade is completely free, so there’s no reason not to update.

As we’ve seen, however, there are possible pitfalls with Windows 11, which is why you should give Lee Harvey Computing in Cornwall a call to ensure a smooth and trouble free change-over. 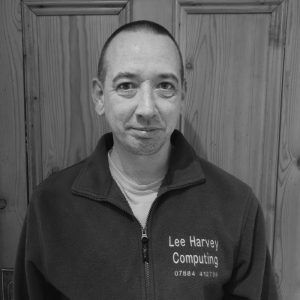 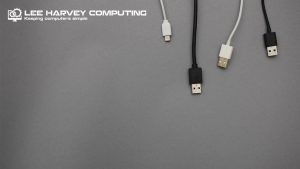 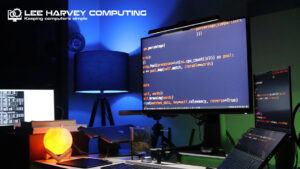 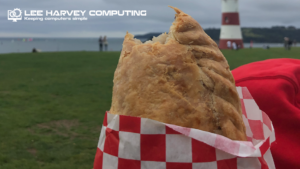 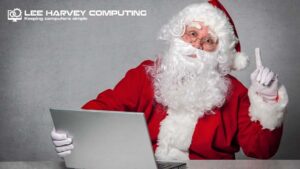 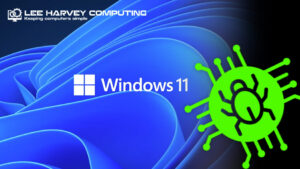